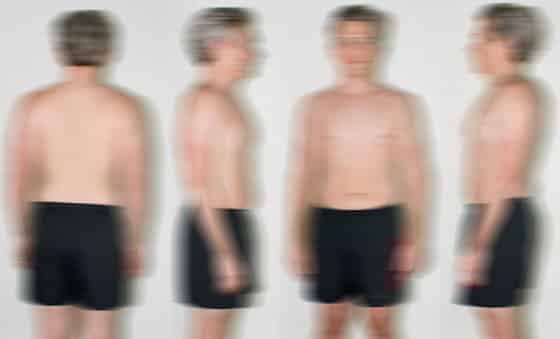 Nobody said it was going to be easy. But it WAS easy… for the first month.
Like I said before, in January I completed the Whole 30 diet and I lost 12 (probably closer to 14) pounds. This happened easily, and only by changing my diet. I didn’t increase my exercise routine at all. I continued to workout 3 or 4 times a week in CrossFit class and that was it. I was ecstatic about my success and absolutely ready to stick to this new way of eating. I wasn’t sure if I could sustain ALL of the tenants of the Whole 30 ALL of the time for the rest of my life, but I knew that it was working for me and I assumed that if I stuck to it I’d lose another 12 lbs in February, potentially bringing me to my goal weight. Easy, right?

Nope. Instead of losing more fat, I plateaued. Okay, that’s a lie. I actually, I erased some of my gains.Here’s what happened. My gym was holding a “Food & Fitness” challenge for the month of February and I decided to participate. The challenge was meant to inspire friendly competition between participants to see who could drop the most body fat in February and also to provide a network of support where everyone could discuss nutrition and how it affects performance.

Keep in mind that this is a CrossFit gym. I don’t know the stats of everyone who participated in the challenge, but I am 100% certain that I was “fatter than average” among those participating. The people at my gym, by and large, are incredibly fit. Most days I feel like the weakest, softest guy walking into a high school locker room. Like a doughy, nerdy wannabe. But that’s why I work out at this gym. I do want what the people at this gym already have: Their discipline, their commitment to fitness, and their rock-hard abs. It’s inspiring to see them working so hard every day.

I thought the food and fitness challenge would be a great way for me to join that community. I’d stick to my current Paleo diet, I’d set better exercise goals and maybe in month two I would see some even bigger gains (losses) than I saw in January. The challenge included the following:

That’s not me. That’s a stranger in the BOD POD.

Over the course of the month we would track ALL of our food, exercise and water and turn these stats in weekly to earn points toward the competition. Prizes would be awarded to those with the most points or who lost the most fat or something… I’m not sure. Can you tell I wasn’t as motivated as I should have been? We were tasked with drinking a minimum of 8 cups of water a day, and the goal was to workout at least 4 times a week. The primary nutrition “rules” of this program were as follows: NO added sugar, artificial sweeteners, alcohol, soy, or gluten.

I thought this would be a piece of cake. (No food-related pun intended.) I’d been doing Whole 30 for a month, so I was already eating cleaner than the rules required me to. In fact, dairy was allowed on this challenge and I decided to stay off dairy anyway! Boom! I honestly thought that I would kick this Food & Fitness challenge in the ass.

That is not what happened. Here’s what did happen:

I got busy. Super busy. I actually exercised LESS in February than I did in January, and my workouts were already below the minimum required for the challenge. I was lucky to get to the gym twice a week, and yet some of the other participants were working out 2 or three times a day. They were actually warning people at the gym about overtraining. That was definitely not my problem.

While I didn’t exercise like I was supposed to, I did stick to my diet. I continued to eat a Whole 30 diet for the month of February and I truly believed that even though I wasn’t working out, I would still keep losing fat. I also thought that because I had more fat to lose than most of the other participants – who, in my mind, were fighting it out for the greatest single-digit body fat loss possible – I would have a larger percentage lost and right even actually win this shit!

And, of course, I WAS DELUSIONAL. Despite eating clean for a second month, I actually regained 2% of the body fat I’d lost. While my weight dropped about 3 lbs, that was mostly muscle. I actually lost muscle and my body fat percentage went back above 20%. Total failure. Total bummer.

When I showed up for my “after” BOD POD session, I was embarrassed to take my shirt off and get into the machine. I knew my results weren’t good – I could see that in the mirror. I made excuses to the technician. “Oh, I lost 14lbs in January so I was already eating clean… I don’t think I’ll have great results today, but that’s okay… blah, blah, I had results last month.” I made a bunch of excuses because I felt like a failure.

I made excuses for myself because I was embarrassed that I failed. It’s hard to fail after a recent success. I’m a guy who needs to feel like I’m always winning. I don’t spend much time celebrating my successes; I am constantly looking for the next thing to “win” at. It’s not easy for me to sit in the time in-between wins. Does that make sense?

I know that’s not a good way to approach life and I keep trying to learn this lesson. I’m going to repeat it again to myself right now: I can learn a lot from failure, and that is a win in itself. Learning what doesn’t work is MORE valuable than learning what does work.

I failed at the food and fitness challenge. But I also learned a lot of very important information about this fitness journey I’m on. From a technical standpoint, I learned the following:

After my follow-up BOD POD session, the technician asked me if I wanted to take “after” pictures. I’m probably projecting my own insecurities here, but I honestly heard the disappointment in his voice when he asked me. It was as if he said, “You probably don’t want to take after pictures because you look the same. Fatty.” (He didn’t say anything like that, but that’s the way I felt.) So, yes, I declined to take “after” pictures. What was the point? After what… a month of zero progress? I had already learned that this process will require more effort than I had put in during the month of February. I didn’t need another reminder of that.

Instead, I’ve written this post and I am on to a new month of goals. Lesson learned. Time to put the work in.