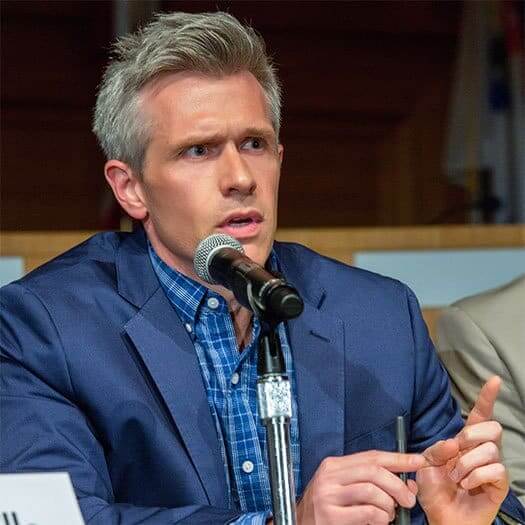 THANK YOU to everyone who supported my campaign for city council in 2017, and also to everyone in West Hollywood who was open to hearing from a newcomer in this election. We didn’t win this time, but we were successful in provoking a conversation about issues that matter to us. I’m proud to be speaking up about improving upon what’s already fantastic, by encouraging more transparency, more City involvement in our local public schools, a more proactive approach to addressing homelessness, and a more cohesive vision for development in WeHo. Thank you to the Los Angeles County Young Democrats for your endorsement, and to the other Democratic clubs and organizations who considered my candidacy, despite my newness to local politics.
This was an exciting first step for me, and I’m thrilled by the level of participation and engagement I received from the people I met during my campaign. I am sincerely humbled and grateful for your support. I mean it. Thank you for welcoming me into your lives. And, an especially big thanks to my partner, Allen, for putting up with the campaign paraphernalia that’s been strewn around our place for the past two months. You’re a saint.
In June of 2017 the City of West Hollywood City Council voted to appoint me to one of two at-large seats on the Human Services Commission. This commission makes recommendations to Council on priorities in human services initiatives, and works to “promote citizen participation in the decision-making process… as regards human services programming.” This is a terrific opportunity to learn more about the ways in which West Hollywood provides services to our residents, and a chance to connect our citizens with the organizations that provide those services. I’m very excited to represent the community in areas I am passionate about, including homelessness, LGBTQ rights, public education, ending HIV, sports/leisure (like WeHo’s bike share program) and so much more.
Big thanks to City Councilmembers Horvath, D’Amico, Duran and Meister for supporting me in this appointment. I look forward to working with — and learning from – my fellow commissioners, our City Councilmembers, and City staff.
I’m proud to live here and proud to be a part of this process. Also, feel free to call me “Commissioner Clark” moving forward.