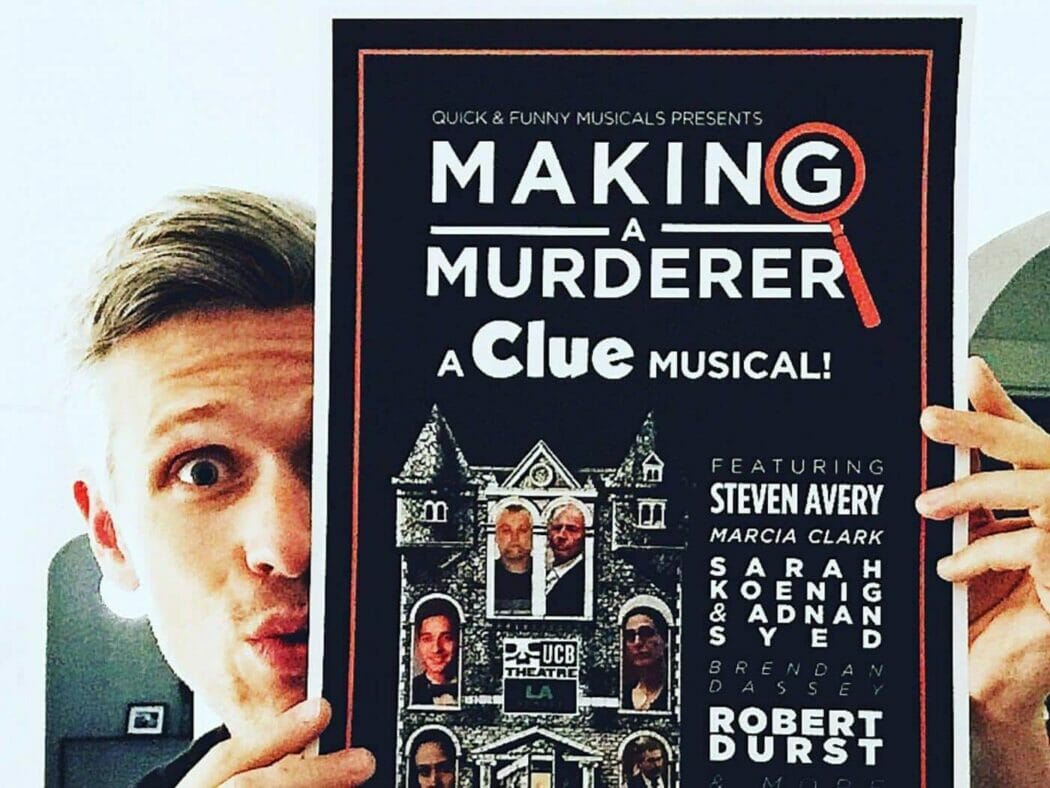 I wrote a musical based on the hit Netflix series Making a Murderer… and also The Jinx, The People vs. OJ Simpson, and public radio’s Serial podcast. It’s a musical about America’s obsession with true crime television, and it’s wrapped in something similar to Clue: The Movie. Nothing is more fun than singing about/as convicted murderers and their attorneys! Who is guilty? Who is innocent? Does it matter? (Of course it does.)
Making a Murderer, the Musical played at the Upright Citizens Brigade in April and May (sold out), and we also filmed a music video for the opening number. Which will be posted as soon as I have the time to finish editing it.